What is Parkinson’s Disease?

Anyone who has someone close with the habit of shaking involuntarily would know what a Parkinson’s disease is.

These are the cells in the brain which are the source of dopamine.

You might be wondering why is that an alarming statement. This is because it is the lead cause of the onset of this disease.

Read on to know more about dopamine: 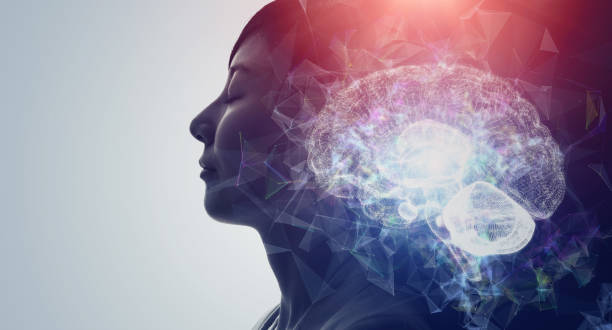 It is called a neurotransmitter. This is because it sends messages between the nerve cells. Your body creates it and it acts as a chemical messenger.

In normal conditions, it works in a proper balance with other neurotransmitters. As it coordinates nerve and muscle cells properly in perfect harmony.

However if there isn’t enough dopamine, what happens is there is disruption in the balance and this leads to the many symptoms of Parkinson’s.

What does it mean that it’s a slow progressive disease?

That it actually starts off slowly where you will sense small tremor in one hand but it steadily increases with time.

The tremors are common however this disorder can cause stiffness and slow movement.

Some of the other factors you will face are that your speech will become soft or even slurred. Your face will also not show a lot of expression. Also you can face blood pressure concerns.

And this condition worsens with time.

Although Parkinson’s disease can’t be cured, medications might significantly improve your symptoms.

Unfortunately this disease isn’t curable but the good news is- you can manage your symptoms better with medication and other treatment options.

Let’s dive into the details of this disease:

One thing to understand is that the signs and symptoms can be different for different people. Sometimes the first signs are so mild that you wouldn’t even notice them.

However they progress steadily getting worse in no time affecting from one side of the body to both.

We now understand that since nerve cells break down in this condition, it affects the functioning of the chemical messenger ‘dopamine’ and hence part of the brain is impacted.

When dopamine decreases, the abnormal activity increases in this condition.

While it isn’t still certain how the disease is onset, there are some major factors that do come into play:

We already have an understanding of how this disease is termed as progressive.

Hence doctors have made a scale called the ‘Hoehn and Yahr’ which classify its symptoms.

The symptoms progress from being mild to severe:

At this stage the disease is in its infancy. You hardly face any symptoms and it doesn’t disrupt your daily tasks, not interfering with your normal routine.

Now mild symptoms will start to show. These may take a few months and sometimes they can take months and even years to advance.

The symptoms you can face at this time are:

While the stiffness isn’t something which causes you to completely lose control of carrying normal tasks, it does disrupt them in some way.

At this stage, the symptoms will appear on both sides of the body and are longer-lasting.

At this stage the symptoms are well-settled. This means you will experience them on a regular basis now. They will be more noticeable.

And they interrupt ways in which you carry your daily tasks.

Also at this point, you will notice that it is taking you more time to carry activities. You even face issues with balancing yourself better.

However you can still carry on doing much of your tasks yourself without the need to take assistance from someone.

This is when the condition has very well progressed and it becomes harder for you to manage simple tasks without the assistance of a walker.

This is the most advanced stage in the series. Now it becomes hard for you to even stand properly. Many people require the assistance of a wheelchair for mobility.

In some cases, the complications are so advanced that you can also suffer from delusions and hallucinations even.

We have already talked about how hallucinations is one of the complications in stage 5 of the disease.

However there are some other complications from which some are treatable:

Attention and Focus– certain issues can also arise. This includes problems like not being able to concentrate. Cognitive problems make you less responsive to medications.

Depression– many patients of Parkinson’s face the issue of anxiety, fear and even loss of motivation. Certain medications will help to treat those symptoms.

Swallowing problems- you will definitely face concerns when it comes to swallowing. This is because the condition produces more saliva than normally. It can also cause excessive drooling.

Chewing concerns- another common complication is that your mouth’s muscles will be affected which will make chewing harder. This can cause choking even.

Sleep deprivation- not getting enough z’s is yet another common problem. Problems like having sleeping disorders is common. What happens is you will face symptoms like rapid eye movement and acting out in your dreams.

Constipation- if you are facing the disease, a slower digestive tract is a common concern.

Unfortunately there is still no known cure for this disease, however there are various treatment plans you can follow which will ensure you lead a good quality of life.

The major treatments you can opt for really depends on what stage is your disease and how complicated it is. It includes:

Whether your symptoms are mild or severe, make sure to have proper consultation with your doctor and see how you can manage and monitor your situation better.

The silver lining is while this disease is not completely curable , but it is possible that you can adapt a good lifestyle which will help in the onset of the disease.

Here are a few healthy picks you should get into your diet:

Turmeric-it consists of curcumin which helps to prevent the clumping of a protein that is prominent in this disease.

Flavonoids-it’s a popular antioxidant and comes in many kinds of fruits and vegetables.

Cooking Oils- this is when you are taking in a lot of toxic chemicals which affect your health especially if you keep on reheating the same cooking oil.

Exercise- any kind of work out which gets your heart pumping will help your brain to maintain its neuroplasticity.

It seems overwhelming but you can manage a life with this disease with the support of your loved ones and guidance of dedicated medical experts.

There is still extensive research being done on this disease to make it manageable.

We hope you can take as much help from this guide as you can to help yourself or someone you love or are close to, so to manage this disease in a way that it doesn’t disrupt your life completely.