When it comes to having the perfect family, parents always wish against sibling rivalry. But that is common. You cannot have the perfect siblings. But there are ways in which you can ensure they don’t fight much.

Also did you know sometimes sibling rivalry can also be healthy. But we will get into that later.

Sibling rivalry begins when the second child is born. And as the children grow, they continue to fight for and compete against one another for not just toys and other things but also for the affection of their parents.

They crave for that undivided attention. But as they grow, the fights and the attention seeking also continues to evolve.

When your children are fighting, it can be frustrating for you. Sometimes it feels like you can’t control and handle the situation completely. But it is also a common feeling.

This article will be looking into and talking about all the aspects relating to sibling rivalry and how to manage it properly.

What is Sibling Rivalry? 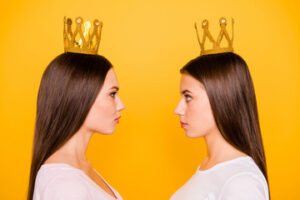 This is a common issue that happens in many large families. It is basically the ongoing conflict you suffer from when trying to raise kids, especially when they are in similar age groups.

It isn’t just common in blood-relating siblings. It can also happen in stepsiblings as well as adopted and foster siblings.

The way rivalry is prominent is how your children behave around one another. A few common signs of sibling rivalry brewing is:

All of this can become extremely stressful for you. But don’t worry- you are not alone. Many of the  parents out there go through the same issues. It is quite normal to deal with it.

So what leads to sibling rivalry. Let’s talk about the causes:

What Leads to Sibling Competition 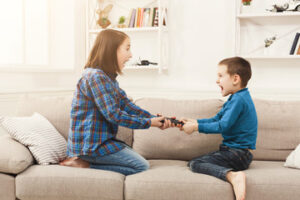 Ok, so before moving on, let’s get the facts straight- fighting and arguing is common. When you are living with someone, it is understood you will be having arguments with them and conflicts as well.

Getting irritated over the simplest of things is a common scenario in many family households. In siblings, it is common that you will have to face issues but then that can happen in any family. Some of the major reasons why you will suffer from this kind of conflict is:

Sometimes the frustration can hit because you are facing a huge change in life. When you have to move houses, or had a new baby in the family or even a divorce took place, these events are extremely stressing. And not just for the parents but also for the children. They do not know how to handle all the emotions arising from these changes.

It can become frustrating and can lead to anxiety issues in the body. The best way to tackle it is to vent and release the stress on your sibling.

This is also a major reason why siblings may be quarreling. It can depend on the age group they are in. Sometimes when you have a huge age gap, it can lead to issues. Also having a small age gap can also have the same effects. This is what we call developmental stage problems. It is common to see problems among younger siblings. As they are not vocal about their concerns and usually depend on physical means to express their emotions.

Jealousy is the common cause. Your child can get frustrated by why the sibling is getting all the attention. This is coupled by how a child aims to make their own mark and take a stance. If you have two kids in similar age groups, it is common that they want to top one another and beat them to the race by doing something in a better way.

This is also a major cause. When you are part of a special family which may include a special-needs child, it can make your normally functioning family suffer certain consequences with how they deal with one another.

Special needs children need more focus and attention. This means that other members of the family may be unintentionally neglected. While children in bigger age groups understand this better, those that fall in smaller age range will not understand. It is best that you talk to your children and try to show affection to all in the same pattern.

Am I to Blame?

Many parents when going through such a whirlpool of emotions and sibling problems, naturally blame themselves.

But is it right to?

Mothers definitely have the natural instinct to consider themselves of the reason why she can’t manage it all well. As a mother, you can think your life choices are causing your children to hate each other.

But that is not the case. Fact- your children will fight each other, whether or not, you are interfering in their fight or not.

It is as simple as that. Sometimes the way you react can trigger and escalate the fight even more, but in most cases it simply is just an added means to an already brewing issue.

Let’s just say sibling fighting with one another is common. And rivalry arises from how they feel about one another in connection to the ambience they are in.

However there are a few things, pitfalls you should avoid. As this will cause you to make matters worse. This can include:

So these are a few of things you should avoid to add spark into the fire. But what about controlling the rivalry and managing it in a better way. Let’s now talk about that:

Ways to Handle the Fights Better 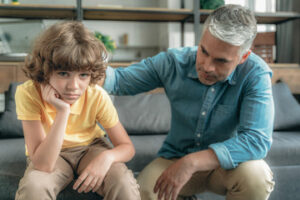 One of the first rules the experts suggest on is that when a fight breaks between your kids, don’t involve yourself.

This is true for most cases. If you are continuously involving yourself and interfering in their fights, they will not hold the ability to handle their fights themselves. And that can set them up for disaster when they have actual issues and conflicts to handle.

But conflict resolutions are a key to managing issues properly. Sometimes you need to set good resolutions in action to set an example of healthy ways to resolve.

This is specially in the case of younger children you get overwhelmed by the scenario and can’t manage things properly on their own. So here are a few standard and unbiased options that can help you in the situation:

Make one-on-one time and focus for all the children in the family. Sibling rivalry usually brews when you try to focus on accumulate attention for all children. It is best to realize that your children are different. They have different interests and you need to ensure you are paying undivided attention to all. Ensure the act of smiling and keeping a good ambience is followed.

It is necessary that you realize that you sometimes have to put your foot down. And to do that you need to hold onto a stern hand on things. If they are fighting on one single thing- tell them straight. You can either share it or you both will lose it. Don’t fall victim to their continuous crying and blackmailing. Give them a chance to patch up and play nice. Otherwise become the parent and take it away altogether.

It simply means that you understand that you are not the on-field referee. You are looking into the issues from the side and offering support but not imposing decisions. Some major steps y0u should look into:

Sibling rivalry is quite common. It is not something to worry over. You can manage it well. This whole article was about managing it properly and how you can actually play a positive role in it as well. Sometimes knowing a few simple tactics can manage the scenario efficiently in the long run.